This is a collection of 70+ very potent enlightenment quotes from spiritual masters throughout time starting with the Buddha, over Socrates and Plato, Jesus, Ramana Maharshi, Eckhart Tolle and even Yoda and more. (Video below)

Listen to these quotes with the knowing, that truth can not be found in words but only in truth itself. Words are mere pointers with the aim of bringing you back to what already is your true nature now. Don’t try to put these sentences into your mental framework, rather let them pass through to the deepest place of your being. You don’t need to actively try to make something happen. Everything happens on it’s own in it’s own rhythm. Just relax and listen.

“I truly attained nothing from complete enlightenment.”

“The root of suffering is attachment.”

“Learn to be silent. Let your quiet mind listen and absorb.”

“Know thyself and thou wilt know the universe and God”

“Astonishing! Everything is intelligent!”

“To know, is to know that you know nothing. That is the meaning of true knowledge.”

“How could they see anything but the shadows if they were never allowed to move their heads?”

“The Tao that can be spoken is not the eternal Tao”

“To the mind that is still, the whole universe surrenders.”

“The words of truth are always paradoxical.”

“Be Still, Know That I AM God”

“Do exactly what you would do if you felt most secure”

“He who would be serene and pure needs but one thing, detachment”

“For the person who has learned to let go and let be, nothing can ever get in the way again”

“Everything transitory is but an image.”

“Truth is one, sages call it by many names.”

“The real is one, it is known through many symbols.”

“What is that which, by being known, everything else becomes known”

“Silence is ever speaking it is the perennial flow of language”

“That which comes and goes, rises and sets, is born and dies is the ego. That which always abides, never changes, and is devoid of qualities is the Self. ”

“Our own self-realization is the greatest service we can render the world.”

“If one’s mind has peace, the whole world will appear peaceful.”

“The whole world is your own Self. So who is good and who is bad?”

“You are the unchangeable Awareness in which all activity takes place.”

“Detach yourself from those things, which are not permanent, and rest in that which is always permanent.”

“When you know that you are meditating it is not meditation”

“If you address the mind with, “who are you?” it will disappear.”

“What is the purpose of human life? To Return Home.”

“If you want to know your true nature, you must have yourself in mind all the time, until the secret of your being stands revealed.”

“Do you want to know what my secret is? I don’t mind what happens”

“Your effort to control life has created a secondary movement of thought within you, which you call self.”

“This is not a state of omniscience wherein all of man’s eternal questions are answered, rather a state in which the questioning has stopped.”

“Self-knowledge, or self-realization, is to realize for yourself and by yourself that there is no self to realize.”

“Your whole idea about yourself is borrowed, borrowed from those who have no idea of who they are themselves.”

“Enlightenment is the absolute cooperation with the inevitable”

“The real meaning of enlightenment is to gaze with undimmed eyes on all darkness.”

“The true value of a human being can be found in the degree to which he has attained liberation from the self. ”

“The most important decision we make is whether we believe we live in a friendly or hostile universe.”

“The All is mind The universe is mental”

“Sit down, shut up, and ask yourself what’s true, until you know.”

“All beliefs are false”

“Knowing that no one can know anything is the gateway to knowing everything.”

“Once we understand, at least in theory, that all knowledge is belief and that no belief is true, then ridding ourselves of beliefs becomes a straightforward matter.”

“When you get out of the driver’s seat, Life can drive itself, for itself. ”

“We are moved by the completeness and totality of life itself”

“Freedom is the realization that everything and everybody gets to be exactly as they are.”

“The truth is that you already are what you are seeking.”

“Enlightenment is nothing more than the complete absence of resistance to what is. End of story.”

“Since everything is already the Supreme Buddha Nature, where are you going to find it?”

“The past gives you an identity and the future holds the promise of salvation, of fulfillment in whatever form. Both are illusions.“

“Realize deeply that the present moment is all you ever have. Make the Now the primary focus of your life.”

“Whatever you fight, you strengthen, and what you resist, persists.”

“Life isn’t as serious as the mind makes it out to be.”

“You are not in the universe… YOU ARE THE UNIVERSE! ”

“Enlightenment is the ego’s ultimate disappointment”

“As in music, when we hear the crescendo building, suddenly if the music stops, we begin to hear the silence as part of the music.”

“You are the unchanging manifesting as the changefulness ”

“The ways of the mind are ancient, but your Self is timeless. “

“Nothing comes ahead of its time, and nothing ever happened that didn’t need to happen. ”

“Anything you want to ask a teacher, ask yourself, and wait for the answer in silence. ”

“We don’t attach to people or to things; we attach to uninvestigated concepts that we believe to be true in the moment.”

“Without your story you’re perfectly fine”

“The state of not-knowing is the mother of openness, questioning, authenticity and freedom. It’s nature is consciousness without form, possibility without limit, honesty without distortion.”

“Knowing can be useful, but learning not to know creates a powerful openness that is inconceivable until it is experienced.  ”

“Your Perception of the world around you is not necessarily the same as what is actually occurring.”

“Power lies in making distinctions. Freedom lies in destroying them.”

“Learn the art of dying.”

“Train yourself to let go of everything that your fear to loose.”

“You must unlearn what you have learned.”

“Whatever you think cannot be anything more than a thought.”

“Anything that we can conceive of or perceive is a concept.”

“The Mind is not some transcendent, eternal Consciousness, but rather the average everyday mind that has realized itself as Nothingness.”

“Realizing and becoming Nothingness is the most important matter in life.”

“Then we no longer need to transcend the world because we understand that its true nature is Nothingness itself.”

▬ Use My Music in Your Projects ▬
http://bit.ly/2NEYiTl

EarMonk - Exploring the combination of music and meditation, of sound and contemplation to reconnect with the deepest aspects of reality. Let the music take away your desire to know and show you what lies beyond the knowing of the mind.

This site uses Akismet to reduce spam. Learn how your comment data is processed. 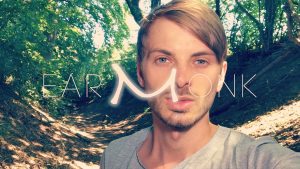 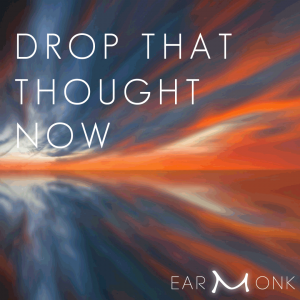